The Dirtiest City in the World (Ahwaz, Iran part 1/3)

That morning, we had seen dustings of snow on the peaks of the Zagros mountains. This made seeing white on the ground outside Ahwaz (sometimes spelled Ahvaz) all the more disorienting. We were nearly at sea level and had been peeling off layers of clothing as the day got warmer. It couldn’t possibly be snow.

The marks were salt. Salt damage on the land surface is usually a very bad sign, like a wound that hasn’t received the proper treatment. Salt marks can occur naturally, but often it is because of irrigation with salty water, cutting down of trees, or high water tables (also caused by irrigation or other changes in surface flow). It is poisonous to plants and salt was used to ruin the farmland of conquered nations. By some estimates, a third of Australia’s wheat belt could be sterilized by salt in 20 years. Salt even corrodes buildings and bridges and very Sphinx itself is threatened by soil salinity.

Salt whizzes by in the foreground

Ahwaz sits on top of what is called a “Supergiant” oil field, meaning that it is one of the few places with more than ten billion barrels of oil in the ground. Oil wells shoot perpetual fireballs into the sky. The gas flares themselves are a tourist destination. Oil economically dwarfs anything that could be made from hydropower. The region’s petroculture reminded me of Texas or Wyoming even though neither of those places have anything close to the size of oil reserves of Ahwaz. Strangely enough, our driver spent lunchtime at the filling station because the lines to fill up for gas were so long (nearly all cars run on a mix of petrol and compressed natural gas, the latter being much cheaper). 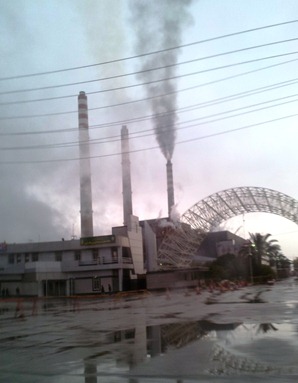 What’s not salt or smoke in Ahwaz is dust… I came to Ahwaz as an invited keynote speaker at the First International Conference on Dust Haze and its harmful effects. My talk included some information about dust impacts on hydrology in the Western US. Dust reduces the Colorado River’s flow by about 5% and makes the flow come a few weeks earlier than it would otherwise. (Google Tom Painter, Colorado, San Juan for more links). 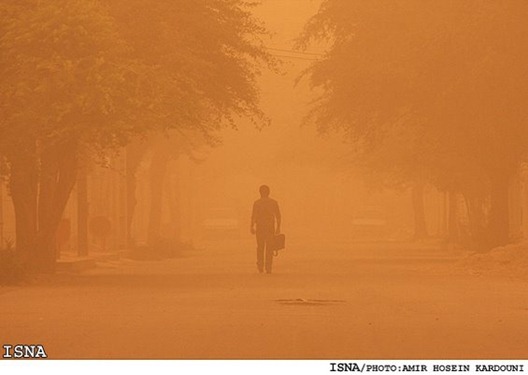 Iran is trying to set up dust forecasting systems, however, so most of my talk was making recommendations based on my experiences with forecasting rivers. There are questions of what can you forecast versus what should you forecast? How can you communicate the forecasts? How can you make forecasts that help people make decisions? How do you predict systems that are partly natural, but also partly controlled by people? Can you predict storms before they start, or can you just watch them track across the landscape?

Posted by Thomas Pagano at 2:08 PM
Email ThisBlogThis!Share to TwitterShare to FacebookShare to Pinterest