A river of trash (Cairo, Egypt)

In a few days I’ll have a feature post on France’s environmental science webpage based on the most popular post from my travels. That post was a photo essay of our attempts to find the dirtiest spot on the dirtiest river in the world (Citarum River, upstream of Jakarta). (Edit: The link to that story ""Le Citarum, un fleuve de déchets" (the Citarum: A River of Trash) is now live).

There was only one other river that we saw that rivaled the Citarum and that was a drain in Giza, Egypt in western Cairo. This site was only 1-2 kilometers from the Pyramids and the Sphinx. 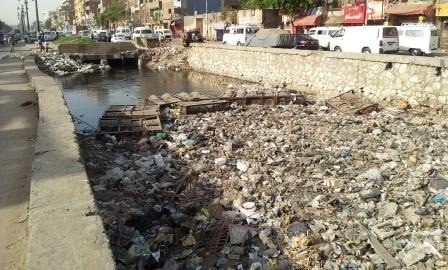 The floating barrels keep the surface trash from passing by, while letting the water through. 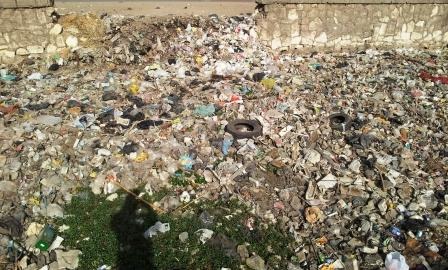 On the opposite bank you can see a broken part of the wall where people pour their garbage in. From these pictures I can see: plastic bags, two car tires, plastic bottles, Styrofoam packaging, a traffic light, a chair, broken concrete, paper plates, a hubcap, a table, potato chip bags, and a few shoes. 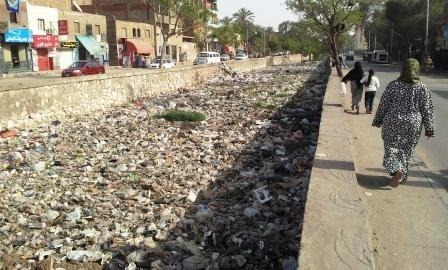 My original post about Jakarta’s dirty river said:
One of the local people with us suggested that there is a culture of throwing trash out the back of houses in Indonesia. No one sees the river from the street, so it is out of sight, out of mind. Maybe we should turn the houses around and put the road by the river instead.
It seems that here’s a case in Egypt where the road is next to the river and the houses are set back. Even though the pollution is in plain sight, the garbage is still thick.
Posted by Thomas Pagano at 3:55 AM
Email ThisBlogThis!Share to TwitterShare to FacebookShare to Pinterest