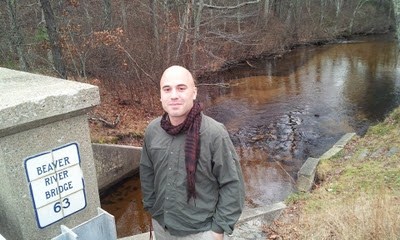 Right now, somewhere in the world, a river is swelling beyond its banks. Floods have recently caused billions of dollars of damages, sending major cities underwater. Droughts are a creeping disaster, causing an even greater impact. Yet we would be lost without rivers. We use them to grow food, make electricity and stay alive every day. We would be completely at their mercy if we did not know how the rivers were going to flow. This is the story of the people who keep society running by trying to forecast what rivers will do next.

About me: Several years ago I was an operational river forecaster with the USDA Natural Resources Conservation Service National Water and Climate Center in Portland, Oregon. For about six years I forecasted the Colorado River, Rio Grande, Arkansas River and Alaska. Three years ago I moved to Australia as a research scientist at the CSIRO, developing methods to forecast floods, for use at the Bureau of Meteorology.

In August 2011 I started traveling for a year overseas, visiting scientists and forecasters to gather material for a book about "the people behind the river forecasts". I'm hoping to give the first-person perspective of the pressures, challenges, joys and agony of the work. Nearly all forecasters have war stories of, say, having to swim to work in a flood or where they had to make an important decision in a short amount of time. Forecasters have an interesting way of thinking about things, having to size up uncertain situations and learn to use intuition while maintaining objectivity; there is a psychology to it that non-forecasters may relate to. Along the way there'll be visits to unusual rivers and some flood and drought chasing (if the forecasts aren’t a bust)!