If you can't stand the heat... keep away from the volcano

To start off some of the posts about my trip to an African volcano, I wanted to share some of these recent photos from the Daily Mail: 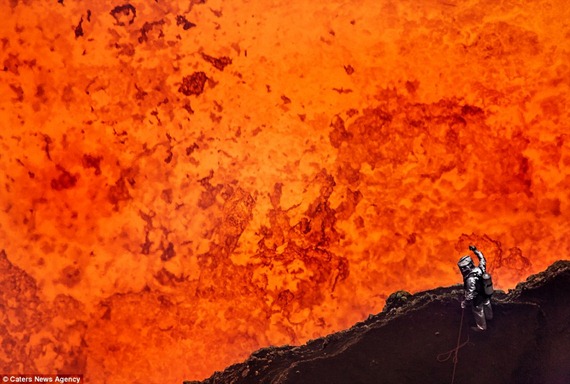 Click on the link to go to the high resolution pictures. 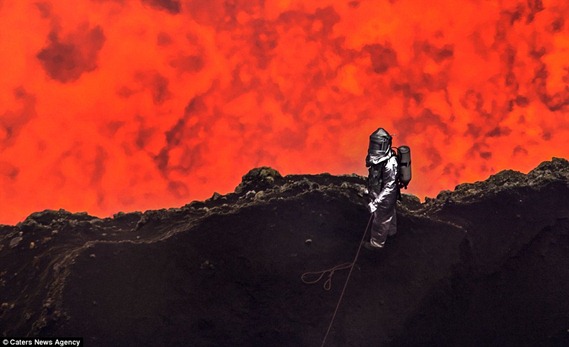 Click on the link to go to the high resolution pictures.

In these stunning pictures, fearless Geoff Mackley looks like a speck of tin foil next to the 1,150C molten pit raging inside the crater of a volcano…
At a distance of just 30 metres, one slip or a sudden surge of the bubbling lava and he would be instantly turned to ash…
The 46-year-old said: 'It looks like the surface of the sun, it’s like all my wildest dreams in one moment, it’s the most amazing thing I’ve ever seen or done…
After a 400-metre descent, Mr Mackley can be seen staring death in the face as he looks over the edge into the fiery abyss. The video also shows a large part of the volcano lake wall collapsing into the lava and instantly turning into smoke.
There is also a video:

Posted by Thomas Pagano at 8:00 PM
Email ThisBlogThis!Share to TwitterShare to FacebookShare to Pinterest