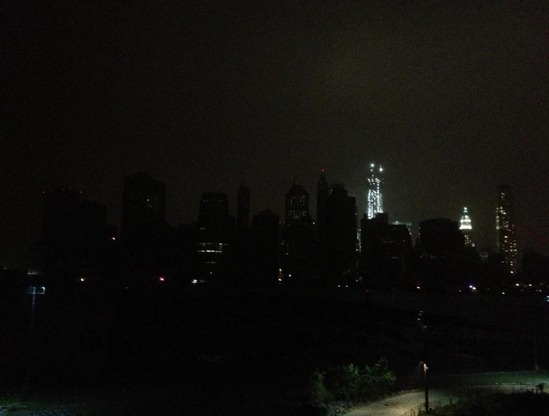 The skyline of Manhattan is dark.

"This will be one for the record books," said John Miksad, senior vice president for electric operations at ConEdison. "This will be the largest storm-related outage in our history." 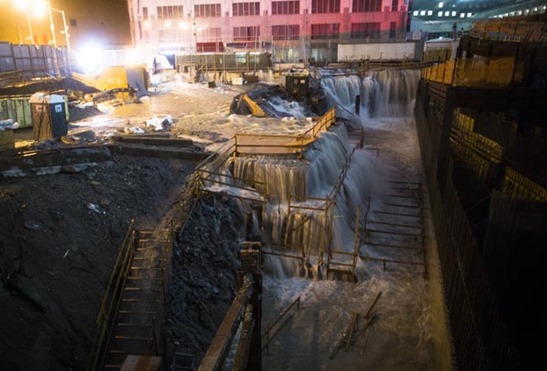 The site of Ground Zero has been flooded with sea water.

On Tuesday, the New York Stock Exchange was to be closed again - the first time it's been closed for two consecutive days due to weather since 1888, when a blizzard struck the city. 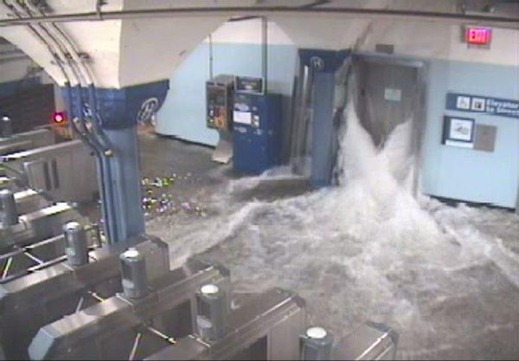 Twitter’s photo of a PATH station flooding through an elevator shaft.

NBC New York has some video of Queens ablaze that looks like a post apocalyptic scene in the Terminator movies. I’m sure when dawn breaks in New York City, the media is going to go completely apeshit. 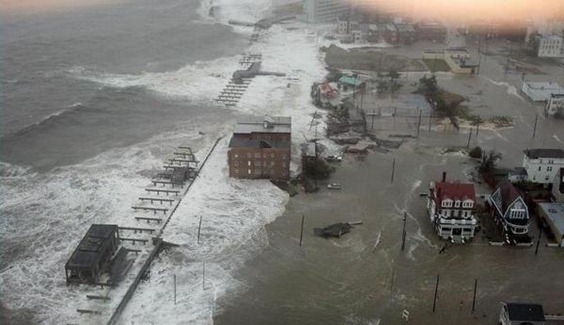 Not exactly sure where that number came from, but here’s the tide level at the Battery, NY. The blue line is the normal tides, the green line is what was added because of the storm. The red line is the two added together. For the southern tip of Manhattan the storm surge and the high tide’s timing couldn’t have been better (or worse depending on your perspective). 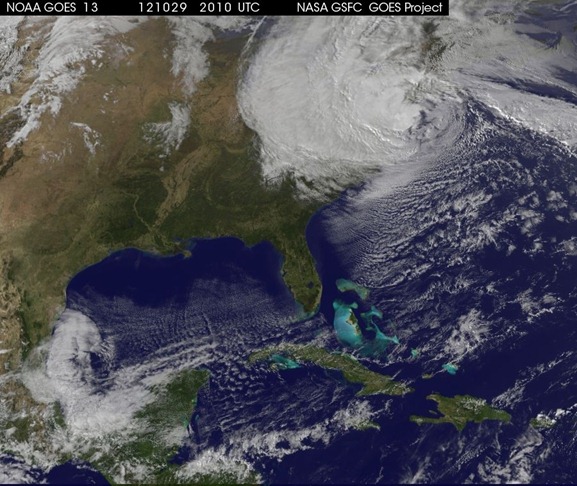 A gallery of photos of the storm from space. 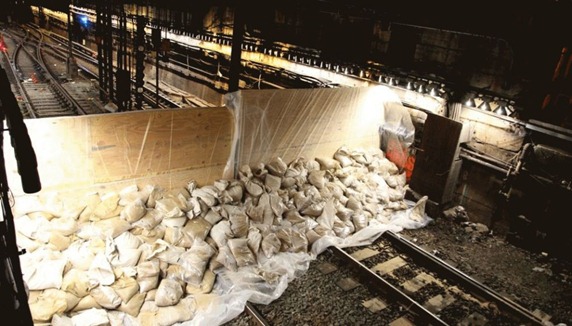 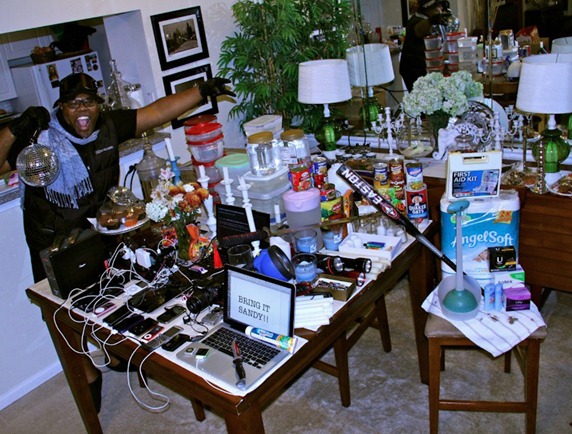 Some people went whole hog when preparing for the storm. In this photo I can see a baseball bat, disco ball, and a Samurai sword.

NPR has fewer updates but of bigger stories, whereas WNYC is doing fast updates (WNYC also has an interactive webpage to show current flooding – drawing on National Weather Service forecasts). The Daily News is a good source for rapid updates. The weather channel has a good photo feed.

The USGS has a tide mapper that is running a little slow but their regular page for river gages is doing alright (at the moment New Jersey is not reporting any data). Eventually I’d like to write a story about the emergency gauges that the USGS installed, but the press releases are here and here.

Posted by Thomas Pagano at 7:40 AM
Email ThisBlogThis!Share to TwitterShare to FacebookShare to Pinterest