In celebration of the 100th post, yesterday I included some of the animals that I have seen while traveling.

There have been occasions where things have come out of the water to us. An earlier post talks about our experience with flooding in the Philippines. When I went down to the Marikina River and saw the statue commemorating the flood disaster (that itself was under water around the time of its unveiling a few days before), I found this fish on the ground. It is a Janitor Fish (Armored Catfish), an invasive species that can live in heavy pollution. It was washed up onto the sidewalk because of the floods.

So, here is part two of things that lived under water. We’ll get back to river forecasting in a bit…

We last left off in Sipadan, northeast Borneo. Sipadan is where I developed an infatuation with sharks. 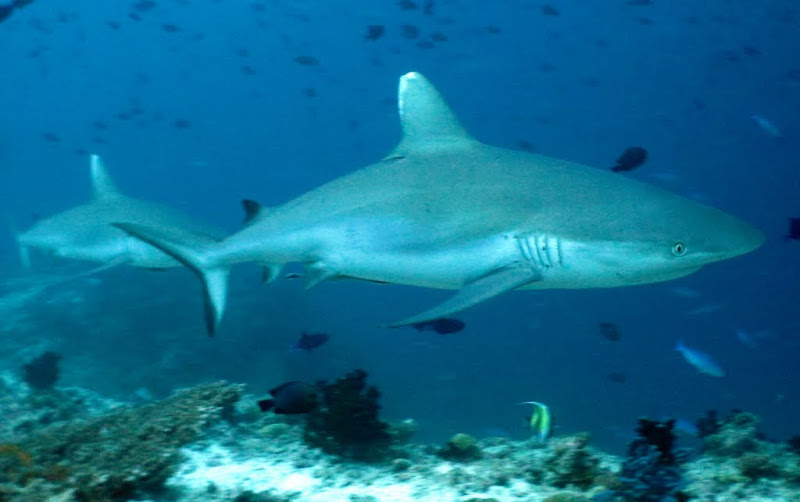 At first I thought Gray Reef Sharks were “Gravy” Sharks because of our guide’s accent. Most sharks quickly swim away from humans, but in Sipadan I was able to quietly and slowly land a meter from one resting on the bottom. I looked at him and he looked at me for fully three or four minutes, which is an eternity when diving.

I try not to anthropomorphize, but I sensed I was dealing with a sentient and intelligent being. It was unlike anything else I had experienced in my 150 or so dives. Later that night we saw a presentation about the science and lives of sharks.  I also try to keep my politics off the blog, but the rate that sharks are disappearing (70 million per year) is horrific. They have gotten very unfair press as killers. Even Peter Benchley, the author of “Jaws”, regretted portraying sharks as dangerous and later became a shark conservationist. One of the main concerns of conservationists is to ban shark finning (cutting off the fins for soup and traditional medicine). Of course, like any environmental issue there are vocal interests on both sides.

After Sipadan we went to Malapascua Island in the Philippines to go look for Thresher Sharks, the kind with the very long tail. 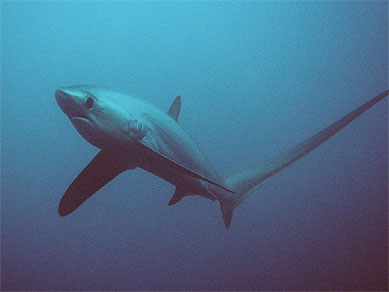 Then we went to Sri Lanka and saw a pod of Blue Whales that don’t migrate. They are very hard to photograph but their tail looks just as you would imagine a whale tail to look: 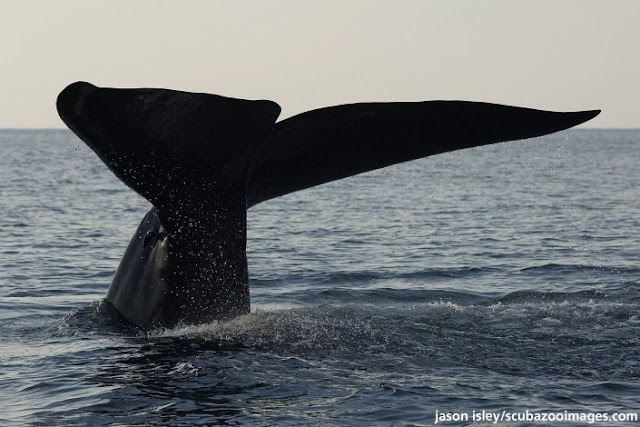 After that was the Maldives where we saw Manta Rays… 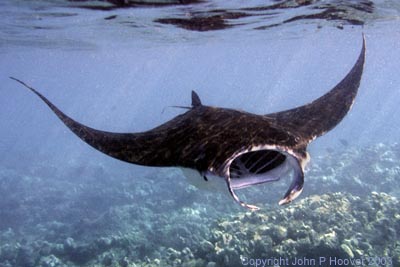 as well as Whale Sharks, the largest existing fish species. Here are two shots from our diving partner Toby (the other Maldives pictures below are from other diving partners). 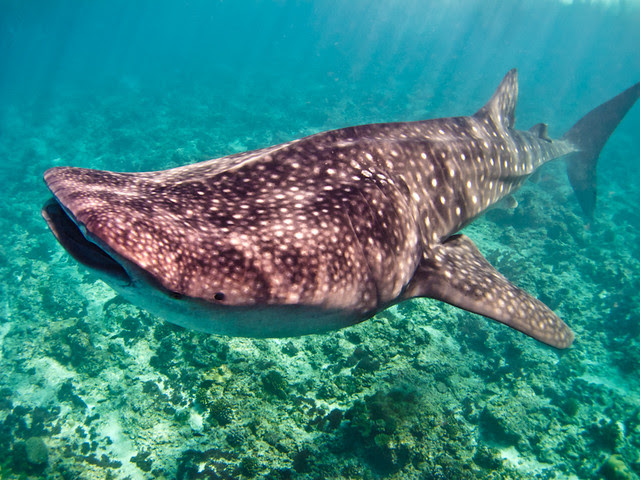 Person shown for scale in the upper left of the next picture: 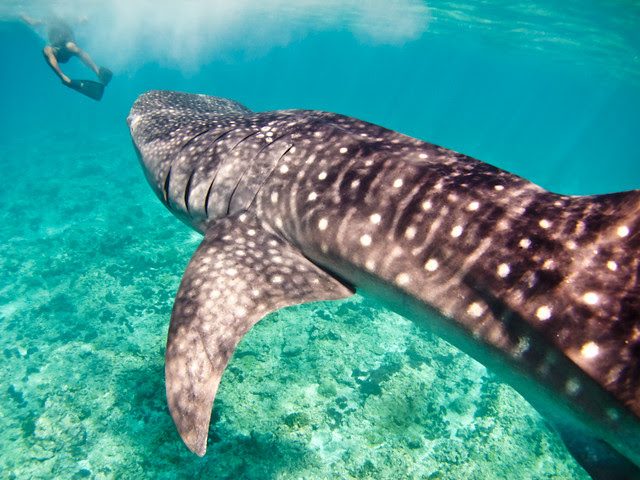 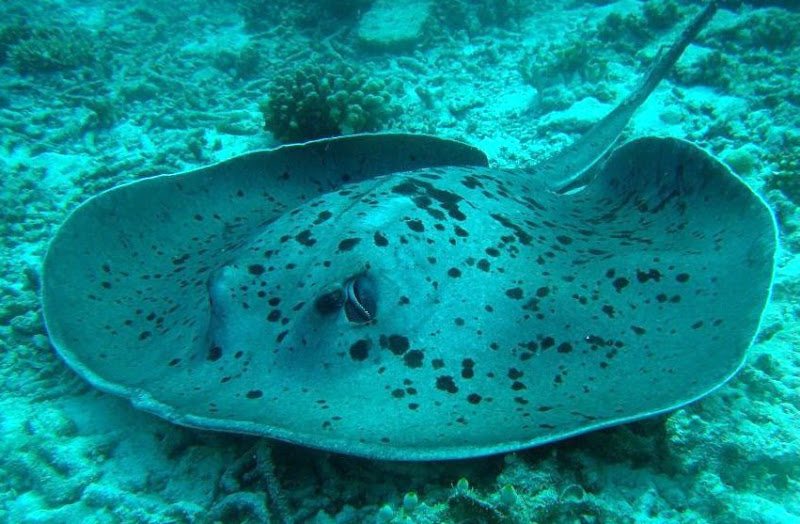 and then came the strangest thing we have seen underwater. Two Leopard Sharks (each about 3 meters long) were laying on the bottom. One was on her back and the other was gently nibbling on her tail. We think they were getting frisky. 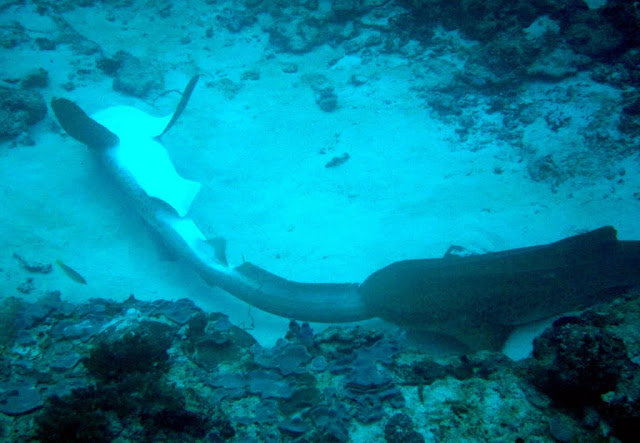 In the Maldives we also discovered what Remora are. Note the flat ridged head.

When we dove in, a school of them followed us and were very curious. Kitty wandered off from the group but then we heard an underwater scream. She was flailing and punching as they attacked her. We signalled to her to calm down and not panic but then suddenly one of them nipped at my legs. When I swatted it away, the group darted in my direction and swarmed me as well. They get excited and are attracted to underwater motion. 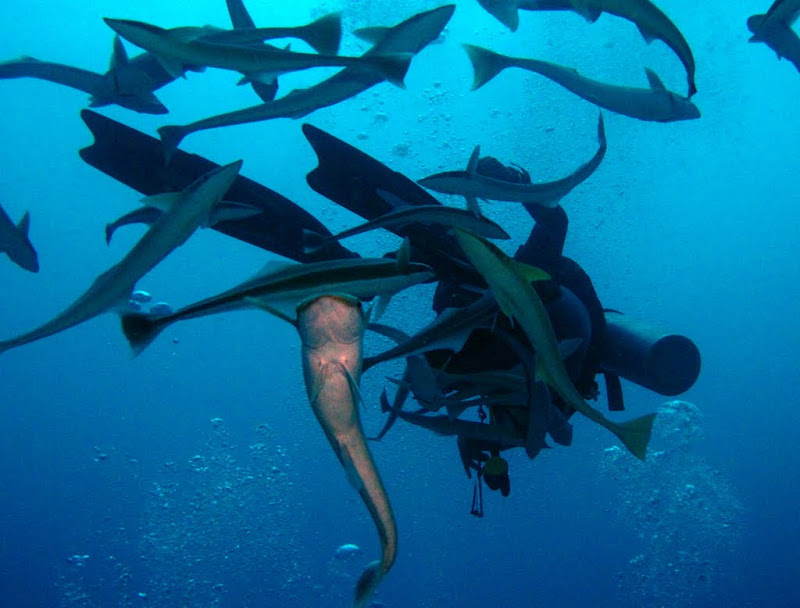 Eventually we figured out that these are cleaner fish that attach themselves to sharks using those suction cups on their heads. They just thought we were dirty so they clamped onto our tanks and wetsuits.  Kitty had marks on her arm for weeks and they remain the “one thing in the sea she is afraid of”. 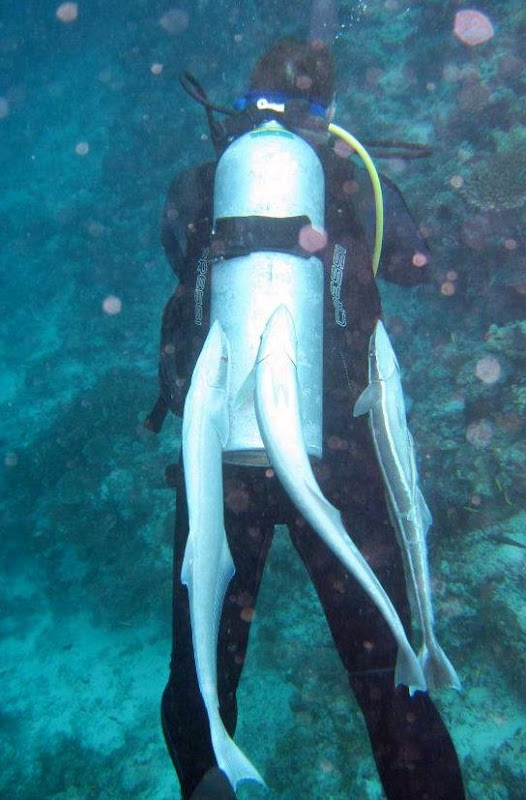 For how much I have tried to understand rivers, I am completely humbled by the ocean. Hydrology is difficult because it is hard to see what is happening underground. Similarly, it is often said that scientists know more about the moon than the bottom of the ocean. This article shows just how few measurements are taken in the ocean (it also includes nearly artistic quality maps of where all the gaps in data are).

A friend of mine had a saying “The ocean is much deeper than the grave.” I take it to mean that if you ever feel that there is nothing more to life, nothing new worth doing, learning, or exploring, if your life feels small then consider the enormity and mystery of the ocean…. You still have a long way to go and many things to see along the way.

If you feel the need to have a desk, you can always try this underwater workstation we saw in the Maldives (thanks again Toby!) 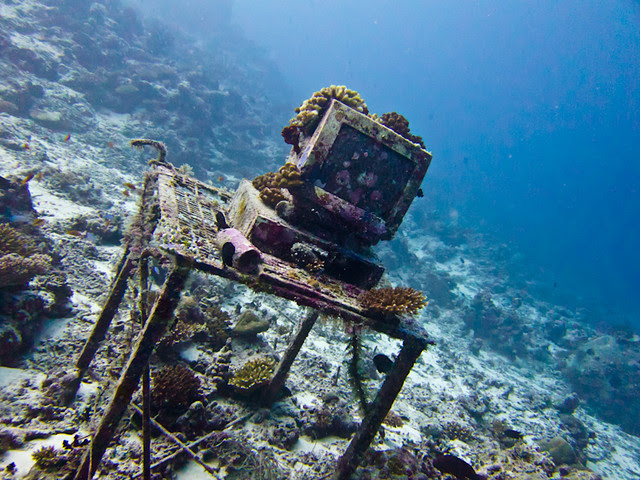 Posted by Thomas Pagano at 10:02 PM
Email ThisBlogThis!Share to TwitterShare to FacebookShare to Pinterest