How much money are US hydrologists earning?

How many hydrologists and meteorologists work for the US federal government? Which agencies do they work for? And how much money do they get? How does this compare to weather forecasters?

For the busy readers, here’s my overall impression: the typical mid-career NOAA river forecasting hydrologist makes about $100k (US dollars per year, which is about 80k euros). This is a few thousand dollars per year more than meteorologists. Hydrologists that work outdoors earn less than those with desk jobs (e.g. the typical Forest Service hydrologist earns $70k). The positions (i.e. hydrologic technicians) that don’t require a degree, earn about $30k less than otherwise. 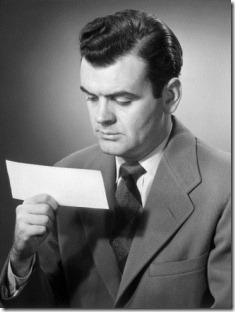 I hope those numbers are in metric. (source)

Let’s take a tour of the online database of what nearly everyone in the US government is earning. The database is a good source for statistics so I wrote a little computer program to pull down the numbers and see what was there. That said, it can seem voyeuristic to be able to search for individual employees by name and find out their salaries and bonuses. In three clicks you can find out who the highest paid hydrologist in the government is. In four clicks you can find some of the lowest paid workers (Soil Conservation Technicians in Wyoming, we feel for you!)

Here is the government’s job description of a Hydrologist (series GS-1315):

This series includes positions that involve professional work in hydrology, the science concerned with the study of water in the hydrologic cycle. The work includes basic and applied research on water and water resources; the collection, measurement, analysis, and interpretation of  information on water resources; the forecast of water supply and water flows; and the  development of new, improved or more economical methods, techniques, and instruments.

The “Meteorologist” position is similar, except substitute “weather” for “water” in the above paragraph. There is also “Hydrologic Technician”… Technicians are typically the people that install, maintain and repair instruments out in the field, but also spend time in the office reviewing and cleaning up data. Hydrologists typically need to have an advanced degree, whereas technicians do not.

Note that this doesn’t capture all the people that may work on water topics but are not themselves hydrologists, such as computer specialists, economists, natural resource conservationists, or people doing “general physical science”.

It is easy to get distracted by all the other government job titles like “Sewing Machine Operator” or “Nuclear Materials Courier”. I can only imagine what a “Wiper” or an “Oiler” does, or if they get along with each other? How about the “Messengers” (of which there are 10 serving a city of 5,000 people in Arizona)? There are “Barbers”, “Buffers”, “Bakers” and even “Bulk Money Handlers”.

How many hydrologists are there?

For a country of 313 million people, there are 2.6 million federal employees, 177 thousand of which work in natural resources. There are 2,342 hydrologists, 2,789 meteorologists and 1,602 hydrologic technicians. It’s a rare profession indeed- if you introduced yourself to 20 strangers a day in the US, it would take on average over 18 years to meet a government hydrologist. Strangely, the government hires about as many Meteorological Technicians (371) as it does Funeral Directors (345).

What agencies do these people work for?

Far and away, the Geologic Survey (USGS) is the largest federal employer of hydrologists (60%) and hydrologic technicians (78%). This is the agency that maintains the stream gage network in the US and also works on mapping groundwater, among other things.

Similarly, if you want to be a government meteorologist, the National Oceanic and Atmospheric Administration (NOAA) is where 98% of the jobs in that field are. NOAA contains the National Weather Service. Meteorologists outnumber hydrologists 9 to 1 at NOAA.

Other places where a good number of hydrologists work include the USDA, National Parks Service, Bureau of Land Management, Forest Service, the Bureau of Reclamation and the Environmental Protection Agency.

How much money do they make?

The columns on the left and right give a range of the salaries within the agency. For example, if you look at the first row, 8 in 10 hydrologists at the Environmental Protection Agency make between $69k and $135k per year, with half of the people making more than $113k. For reference, median income of all wage earners in the US in 2010 was about $26k per year (not including bonuses). Bonuses for hydrologists are typically not much, often less than a thousand per year.

In other words, EPA and NOAA hydrologists earn about $30 thousand a year more than those at the Forest Service. Another standout is the Agricultural Research Service (ARS). It only employed 33 hydrologists but many of them were very well compensated. Two of the top three highest paid hydrologists in the country work for the ARS, making more than $170 thousand per year.

Salary and bonuses of Hydrologic Technicians

If you remove the top 25% of earners in each category (i.e. you just consider the typical employee and those just starting) meteorologists earn about $5-$10 thousand more per year than hydrologists. This is likely because meteorology is more of a desk job and there are many hydrologists (e.g. at the National Park Service and Forest Service) that spend about half their time outdoors collecting data.

The US Geologic Survey employs the most hydrologists of any agency and have a description of what hydrologists do. Elsewhere on the web are also descriptions of salaries of hydrologists (in 2010), advice on how to become a hydrologist. My top pick is stateuniversity.com’s page of hydrology career facts. The salary numbers on those pages may be lower than what I mention because they may only include entry-level positions?

Posted by Thomas Pagano at 3:44 AM
Email ThisBlogThis!Share to TwitterShare to FacebookShare to Pinterest