I’m Banned in Iran (Part 1) Sizing Up the Risks

[Greetings from Dubai! We’ve been in Iran for the last month and it has been hard to connect to the blog. The next few posts have been stored up and now we’re going to Nairobi where we hear the internet access is just as hard. Hopefully things will get back to normal in a few more weeks. Tom]

Before we came to Iran this month, we asked ourselves what it would take for us to reconsider our trip. The US state department has a standing advisory, warning against travel as of six months ago. Phrases like “U.S. government does not have diplomatic or consular relations with the Islamic Republic of Iran and therefore cannot provide protection or routine consular services to U.S. citizens in Iran” translate to “You’re on your own, Buddy!”

When we told friends and family that we were going, the reactions ranged from “I’m so jealous” to “you must be out of your mind”. Reading the news is an addiction that runs in the family, and we got all kinds of geopolitical armchair analyses e.g. “The tensions in Egypt are high, but I would keep an eye on what’s going on in Syria, Greece and Afghanistan to know if you’re going to get in trouble.”

Sure enough, as we sat in the bar while waiting for our flight, the headlines were that all of those countries were going down the tubes- Syrian rebels were getting slaughtered, Greece was bankrupt (again) and bombs were going off in Afghanistan. The US sanctions were being ratcheted up because there has been a new breakthrough in the Iranian nuclear power program. Also, allies were trying to talk Israel out of firing missiles into Iran sometime this spring.

Probably not relevant to us?

Much like forecasters trying to interpret the raw data and the model outputs, we tried to come up with our own assessment of the situation. Kitty’s analysis was “Oh my gosh, did you know Iran is next to Pakistan? And all those people getting killed in Syria? That’s just one Iraq over!”

My take was that there were just so many levels of complexity to these issues that nobody but international affairs professionals would know what the real situation is. I certainly don’t think that politicians would announce in the media what their true strategies are… To Obama in a recent story about Iran, “[I] don't, as a matter of sound policy, go around advertising exactly what our intentions are”. Instead, announcements in the media are themselves strategic tools. This is one main difference between politics (or finance) and forecasting nature; Nature doesn’t care what you say or think about it, but revealing what you know about other countries (or companies) can change the reality of the situation.

Besides, earlier that week my mother showed me a newspaper that she had kept in my memory box. Below the fold was a photo of a six-year-old me doing something cute I suppose… Above the fold were a collection of panicked headlines that could’ve come from yesterday’s paper. Israel fires rockets into neighboring country… Ayatollah condemns US…. Modern military flounders in Afghanistan… Global economy on brink of collapse. 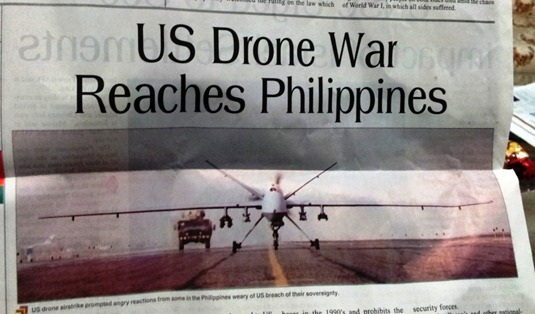 We probably don’t need to worry about this headline either?

Eventually we decided that normal rules don’t apply to us so we might as well enjoy our invincibility while it lasts. As someone that has studied just how bad people are at sizing up risks (in the contexts of forecasting, natural disasters and decision making under uncertainty), I should know better. I figured that even if something bad happened, at least we’d get a good story out of it.

Much to our surprise, the unthinkable occurred two days after we arrived in Tehran. No doubt, we had braced for rough travel. For example, no American ATM or credit cards work in Iran so we had to bring a month’s worth of cash. The guy on the plane next to us literally had envelopes of money taped to his legs. Our assets would be frozen even if we tried to log into our accounts online because that would be a violation of the sanctions (Our bank: “Sorry, it’s not our rules, it’s the Office of Foreign Assets Control”… ). But we hadn’t been prepared for what eventually happened….

Posted by Thomas Pagano at 1:28 AM
Email ThisBlogThis!Share to TwitterShare to FacebookShare to Pinterest