In the Shadow of the East Floodway

Closer in to Jakarta, the rivers take on an ominous color. The water is black, bubbling, filled with trash and liquid horrors, the smell is overpowering. Although the main channel is usually black, the occasional backwater canal will bloom with algae. One lake we saw had floating islands of cornflower-blue colored scum. 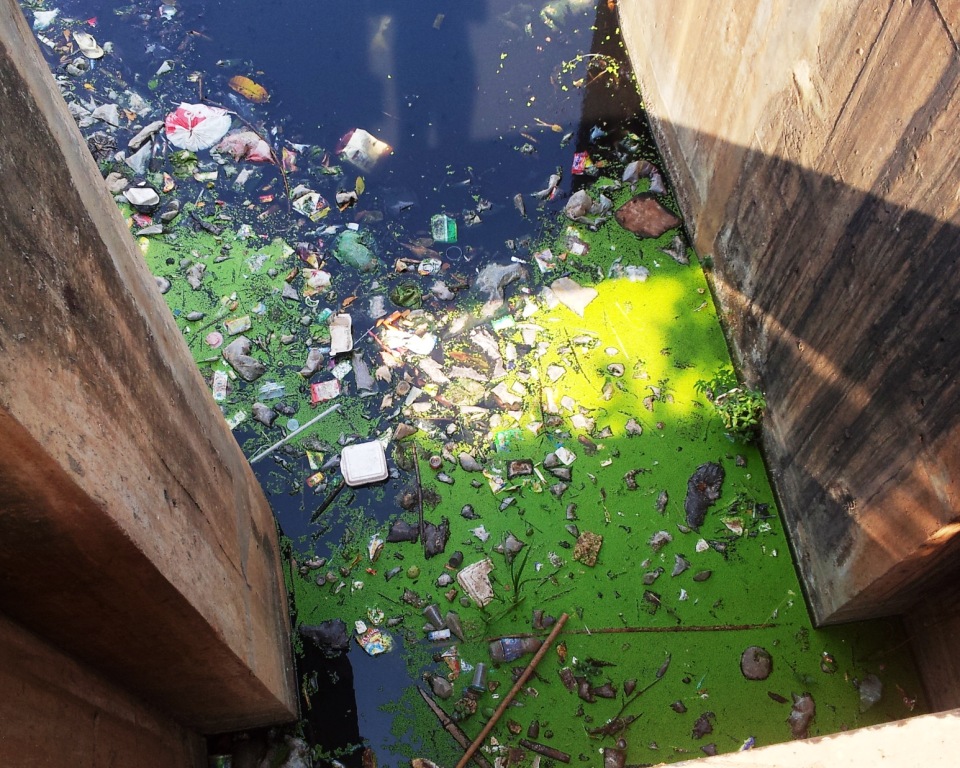 There were places where the river went beyond black and developed white patches. Quite literally this was "white discharge", the same phrase you would use for a wound that has taken a turn for the worse and is weeping pus. 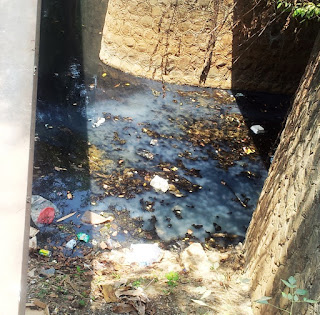 I imagine that this is what the Rivers of Hell look like. Know that my father was a Roman Catholic minister and I thought of Hell much more than any 10-year old probably should have. So, Hell is not a term I toss around lightly. If you are not religious, imagine The Bog of Infernal Stench or something from Lord of the Rings.

As a hydrologist (but not a water quality specialist I will admit), what is all the more disturbing is that poisoned water does not necessarily look or smell bad. This mostly looks bad because of the human waste, but who knows what the industrial rivers look like.


We visited the head of the East Flood Canal, a recently completed $500 million works project to prevent Jakarta from flooding. The canal is a protective quarter-ring around the southeast of the city, intercepting rivers and diverting floods out to to the ocean.


As we stepped out of the van on the side of the canal opposite the College of Transportation (STMT Trisakti) someone asked "Is that a person down there?" Indeed, one of the trash pickers was swimming in the river, putting trash on a raft. For the interested, here is a good interview with one of these "river janitors". 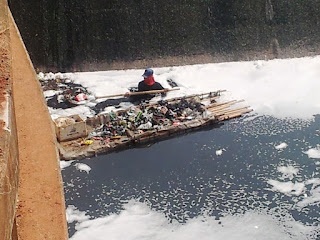 The white foaming is likely from household detergents. Below is a closer picture of the cleanup along the trash racks. The rake is the cage of a fan, tied to a bamboo pole. 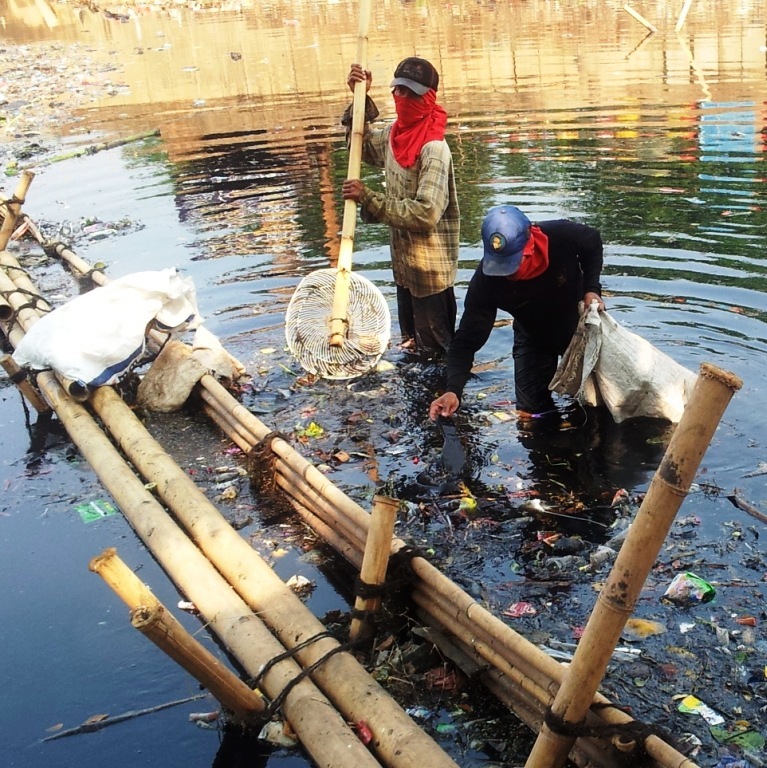 For reference, "river janitors" like these make about $650 per year, compared to about $2000 per year for river gate operators (Indonesian median income is about $3000).

A small village of tin sheds now sits where the canal meets the old river flowing down its natural channel. Here is a house put up against a gate under construction. Eventually this will have to go away when the gate is completed. 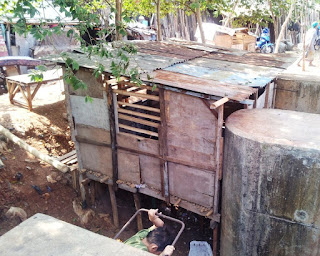 When we arrived, a group of boys were splashing and playing in the river within sight of a latrine. 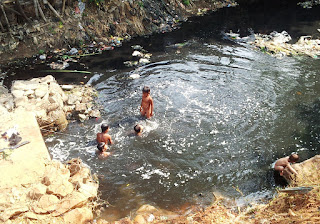 The arrival of visitors caused a stir and all the kids came out to meet us and play games. All the girls had pink somewhere in their outfits... 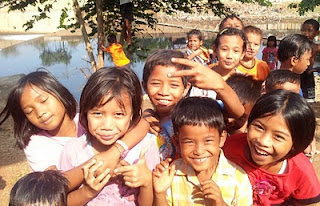 And the boys liked climbing in trees and playing with toy guns. 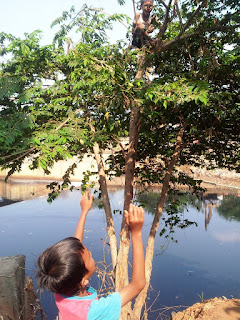 We found an old woman that had lived in the village for 30 years. She said the last time they were flooded was 2007.

Why did she come back if there was flood danger? She said that rent around here was $11-$30 per month, the cheapest in the city, and she could not afford to live elsewhere. They made money harvesting the recycling from the river and selling food and such. As we talked, she stroked her hand on a stain along the edge of her doorway... the patina of the stain probably came from decades of doorway conversations.


One of the good things about the village was that they had a well that provided clean water. The pump was held together with wire and ribbons: 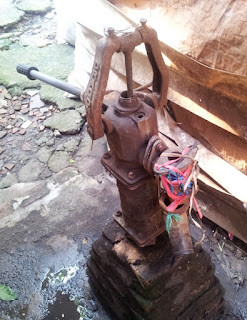 Next to the pump was the community toilet, a tent of blankets on a platform extending out over the river.

Others adults had started to gather around and listen to our conversation. We asked a young couple about if they were worried for their health, living so close to the river. Not really... If they got sick, they went to the government doctors and got care.

Are you happy people? Optimistic? The translator laughed and offered that this was a personal question, but he'll try. --Sure we're happy. We're at home here.

What was the best day you had this year? By this time practically all the ladies from the village had come out and were listening. One woman strolling through offered her thoughts and evoked a laughing "oh you're a rascal!"-type response from the crowd.


The rough translation was "They are happy when the flood occurs. Of course they were sad because they couldn't go to their homes, but the flood is the only time anyone cares about them and tries to help them"

By this time, the call to prayer had begun and we had to move on to the site where a collapsed dam recently cut of part off the city's water for days.
Posted by Thomas Pagano at 8:09 AM
Email ThisBlogThis!Share to TwitterShare to FacebookShare to Pinterest