Imagine that you are a psychologist designing an immersion exercise for someone with a set of phobias. Maybe the patient is afraid of nasty things, dark spaces, bugs, bats, and so on. It needs to be a dank, foul place, where the walls are alive; creepy-crawlies can drop off the ceiling anytime... Let’s run a small creek through it, just for good measure. 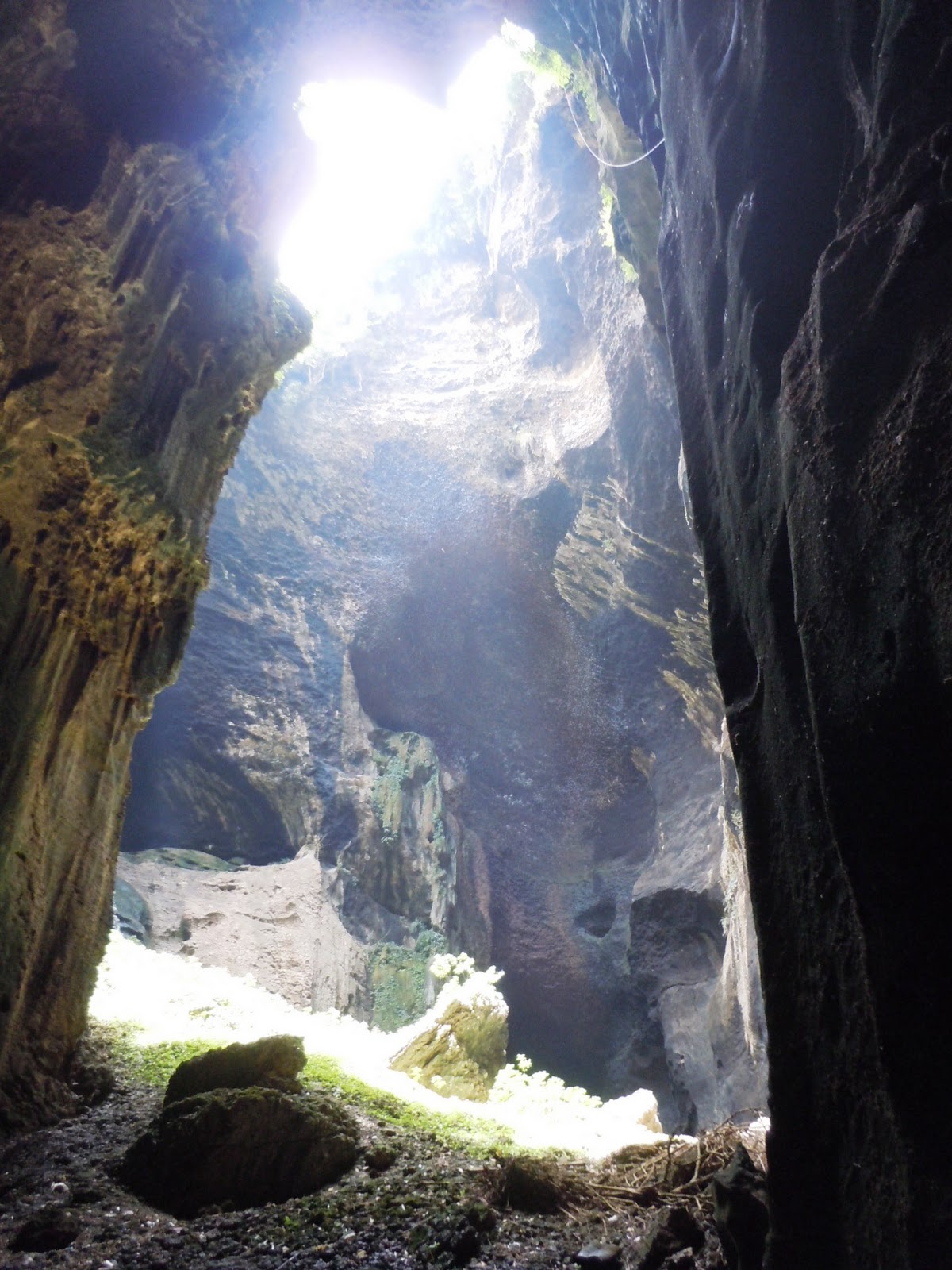 Welcome to the Gomantong Caves in northeast Borneo!

So, in the cave are also bats... literally millions of bats. The birds and their bats do their business and poop on the floor. Untold centuries of poop forms the spongy bed of the creek that snakes its way through the cave. The smell is like a punch in the nose.

Excrement is full of nutrients and so you would imagine someone would be taking advantage of this incredible biological opportunity. Shine a light on the wall or the floor and you'll see... 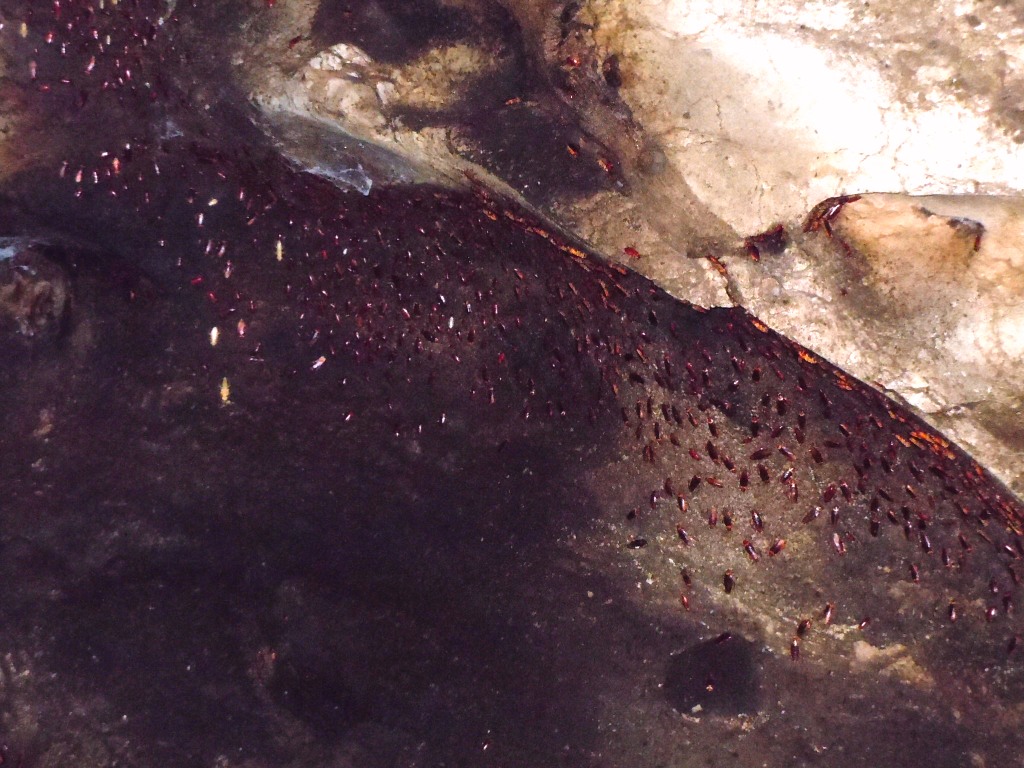 ... wriggling centipedes and an unfathomable mass of cockroaches. The boardwalk is steep and slippery so be sure to hold on to the handrail...


To give you a sense of how rank it is, the cave's creek (right) fouls the normal river (left) as they join. 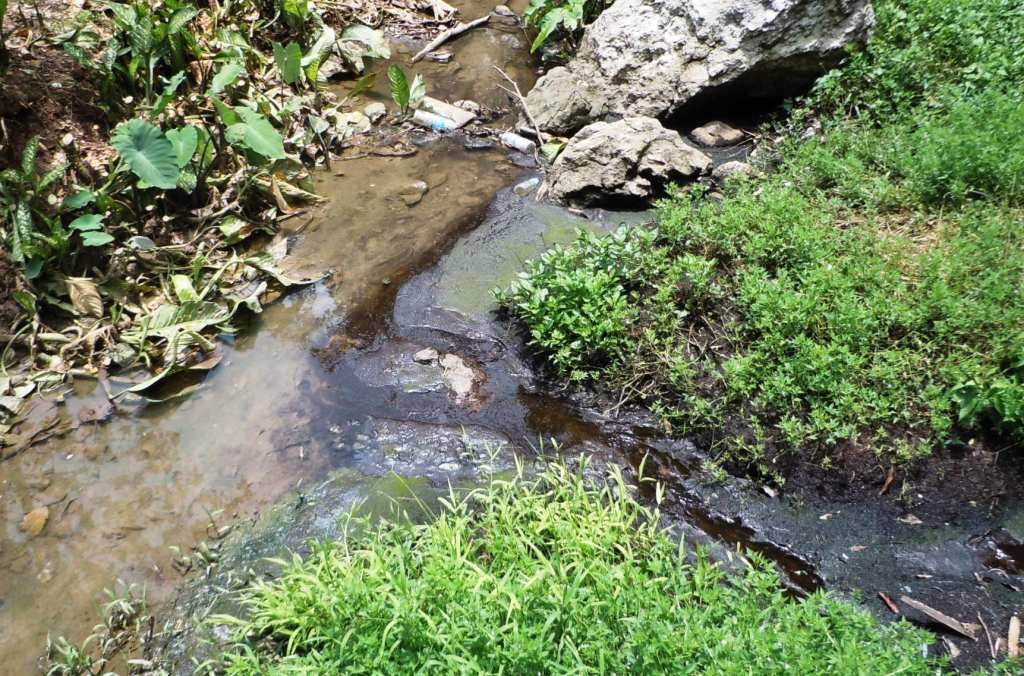 The Gomantong Caves happen because limestone is easily dissolved by the water flowing through it. When a landscape has much limestone, it is called Karst. It's why some streams disappear in a hole only to pop out of a cave somewhere else.

Imagine how the center of a log rots out before the bark, leaving it with random little holes, tunnels, and other hollows. The cross section of, say, a live pine tree is pretty simple and easy to describe, but who knows what it looks like inside a rotten log. Similarly, "holey" limestone is one of the most difficult landscapes to model in hydrology. On our search for "hydrologic monsters", we'll likely spend a lot of time near Karst.

By the way, the birds nests are so valuable that the cave is heavily guarded by the government. In the back of the cave there is a place for the guards to sleep. It's a terrible job, poisonous snakes and centipedes have been known to bite them and cockroaches eat at their skin when they sleep. At least there's a cave cat (the glowing eyes in the center right of the below picture) that keeps them company (while feasting on birds).

Posted by Thomas Pagano at 8:11 AM
Email ThisBlogThis!Share to TwitterShare to FacebookShare to Pinterest