Flood causes seals in the streets of Duluth

Photos are coming from Northeast Minnesota, US, showing record or near record flooding. One of those includes a seal waddling down Grand Avenue: 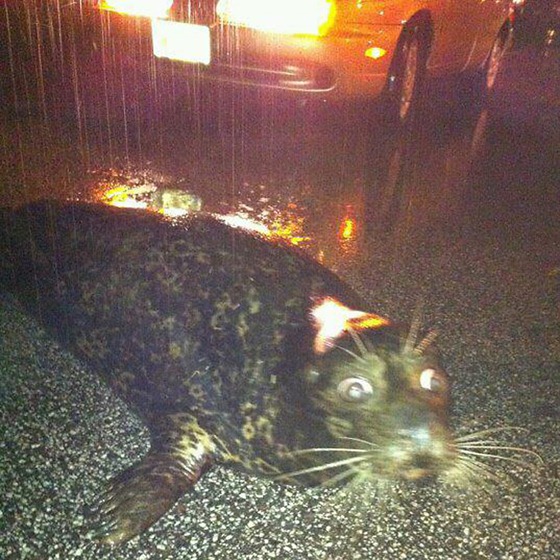 The original caption reads “This seal is one of two that escaped from the Lake Superior Zoo in Duluth during last night's floods. Zoo officials say the seals were returned safely.”

Strangely enough, this is the second story I’ve read today about exotic animals run amok during a flood. Earlier today I discovered the story behind a photo of a lion holed up in a church during a Texas flood a few years ago. That article includes a quote from a local “When you think you've seen everything, you find something else”.

NPR’s audio story from Duluth describes how aging water pipes have cracked, burst, then sucked down gravel to form sinkholes that have swallowed cars, like so: 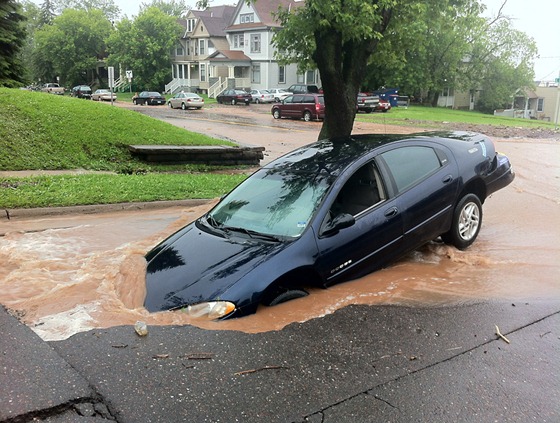 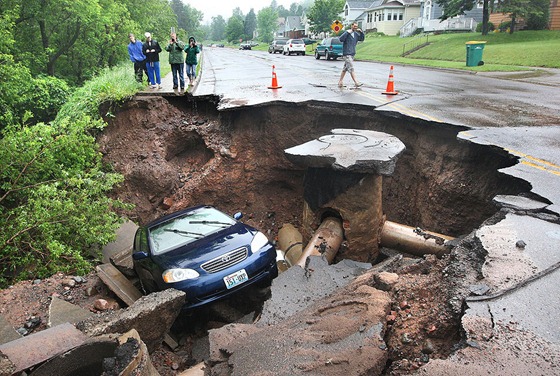 Some of the pipes and a manhole cover are visible in the above picture. Original caption: A car fell into a huge sinkhole in Duluth, Minn. on Wednesday, June 20, 2012. Duluth Mayor Don Ness said he would declare a state of emergency after the deluge of up to 9 inches of rain that he said caused extensive damage to the port city of about 86,000. Ness said the order would start the process to obtain federal aid. Gov. Mark Dayton said he would travel to Duluth on Thursday to discuss how the state can help. (AP Photo/The Duluth News-Tribune, Bob King ) 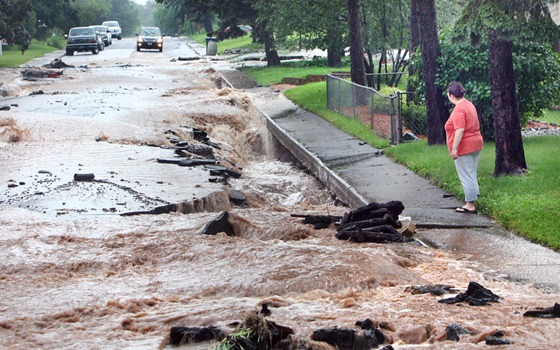 Posted by Thomas Pagano at 4:25 PM
Email ThisBlogThis!Share to TwitterShare to FacebookShare to Pinterest