A major issue in river forecasting is that typically measurements and forecasts are given at individual locations along certain rivers. For example, I used to make forecasts of "The Animas River at Durango". If you lived anywhere on the Animas besides Durango, you would have to figure out some way to translate the information to what it meant for your specific place (e.g. "817 Lower Canyon Road"). Similarly, a flood height forecast for a specific point (e.g. "the river should reach 18.1 meters at the Lincoln street bridge") might not be that informative to you about the possibility that your house will be underwater (or by how much).

For many years, scientists, forecasters and users have wanted better ways to capture the 3-dimensional behavior of floods. The Flood Observatory takes images from satellites and tries to figure out what areas are currently under water (that normally aren't). Here's their latest image. 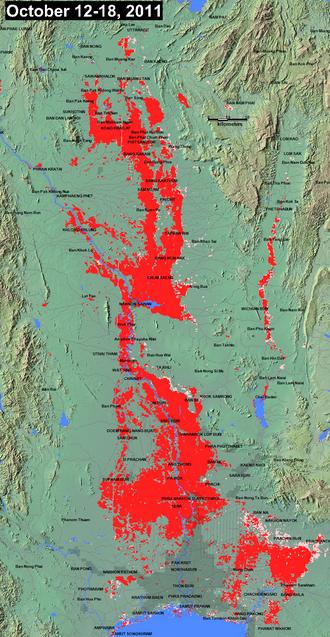 The red areas are those that have been underwater sometime in the last 6 days. The dark green at the bottom is urban areas, most notably Bangkok.


Zoom in a bit closer and you get a fuller appreciation of what they mean when they say that the city is surrounded by an impending floodwave. To give an idea of scale, the large red blob to the north is about 60 miles/100 km wide. 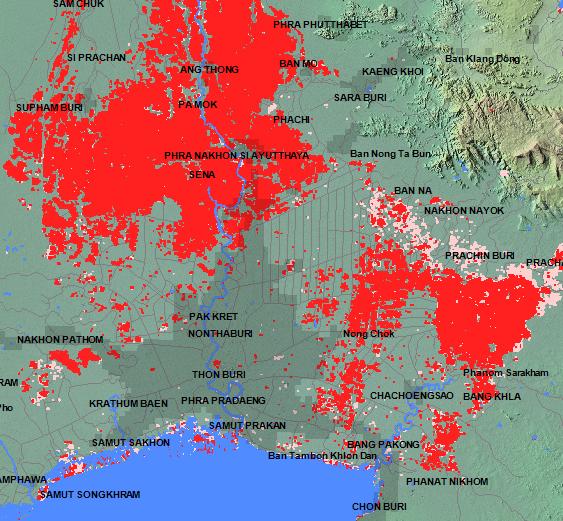 Google has put up an interesting webpage gathering information about the latest floods threatening Bangkok...They've taken some of this flood extent information and put it in Google Maps. The red ares are those under water. 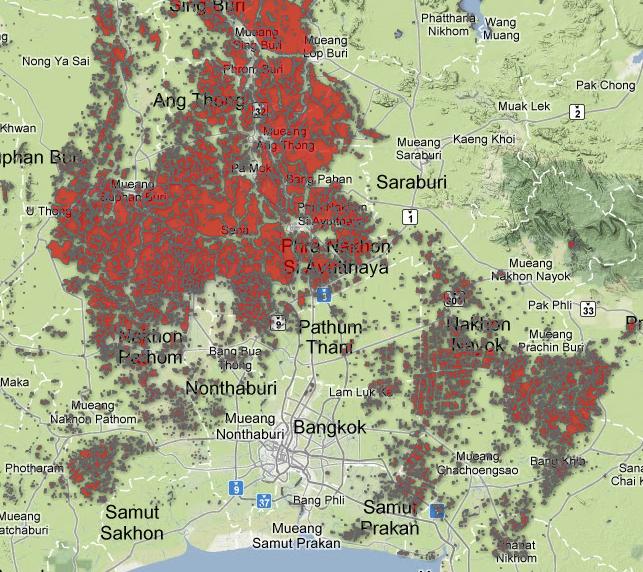 The resolution goes down to individual neighborhoods. Each square is 100 meters ~ 250 feet on a side. 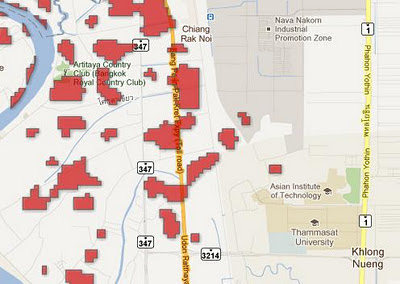 Google has then combined this information with many other sources, such as the locations of parking lots (to save your car), evacuation shelters, places to make donations. There are also some forecasts. For example this map: 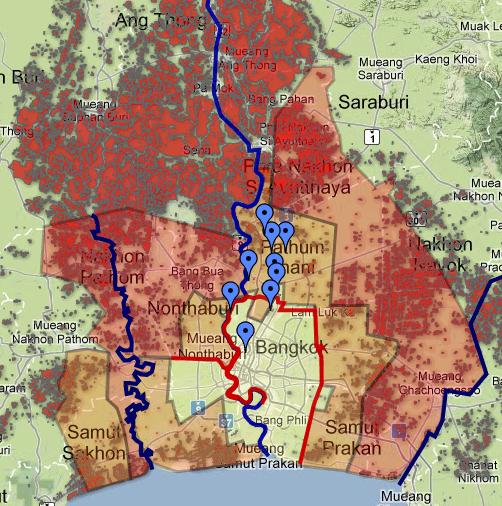 shows the currently flooded areas in the "smokey" red/gray background, as before. The blue squiggles are the major rivers. The red squiggles are Bangkok's flood walls and defense barriers. The deep red shapes outside the city are those in the greatest danger, the yellow squares less danger and white has no current warnings. The blue markers are important threatened structures, such as airports, monuments and so on.
Posted by Thomas Pagano at 9:10 AM
Email ThisBlogThis!Share to TwitterShare to FacebookShare to Pinterest