Bali to the highlands

On the flight from Perth to Indonesia, we saw some great water features in Western Australia. There were many circular depressions filled with water, near the rivers. I had seen these on Google Earth before but didn't quite know what they were. I'm still not sure I know why they happen. 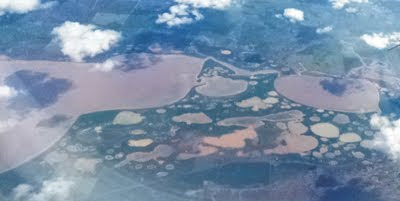 Water quality seems a major concern in Indonesia and you'll likely see signs like this, even in relatively posh resorts.

On our second day we went from Denpasar to Ubud to see a cremation ceremony for a member of the royal family. The driver was happily obliging although somewhat confused by my excited arm flapping and insistence to stop whenever we crossed over a bridge. Many of the rivers in the rural areas are in canyons and are pretty. 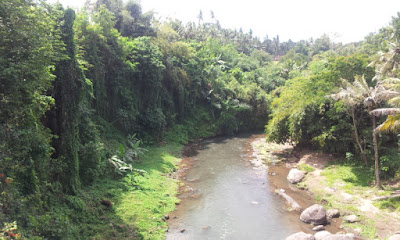 It's the dry season right now so the water is low.

As we got closer to Ubud though, a few of the rivers on the outskirts had some trash but this was more the exception than the rule. 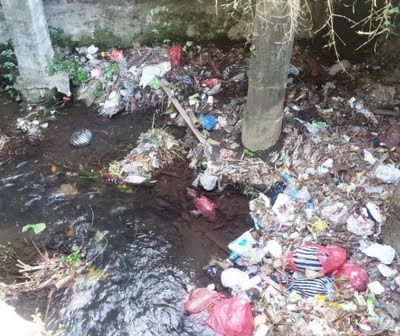 Posted by Thomas Pagano at 11:00 PM
Email ThisBlogThis!Share to TwitterShare to FacebookShare to Pinterest