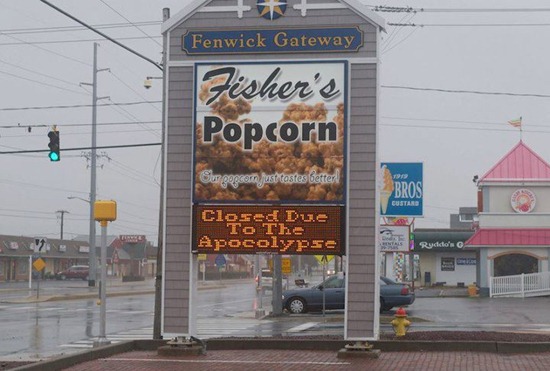 Closed due to the apocalypse.(Ocean City) 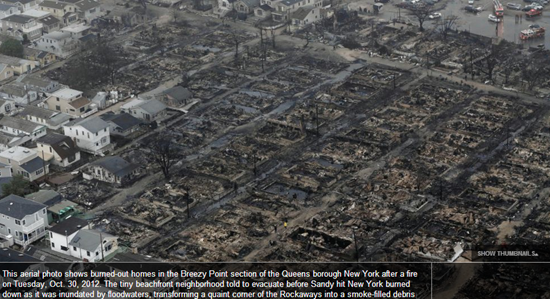 This aerial photo shows burned-out homes in the Breezy Point section of the Queens borough New York after a fire on Tuesday, Oct. 30, 2012. The tiny beachfront neighborhood told to evacuate before Sandy hit New York burned down as it was inundated by floodwaters, transforming a quaint corner of the Rockaways into smoke-filled debris. 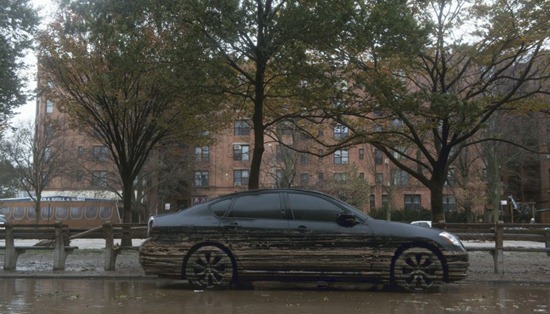 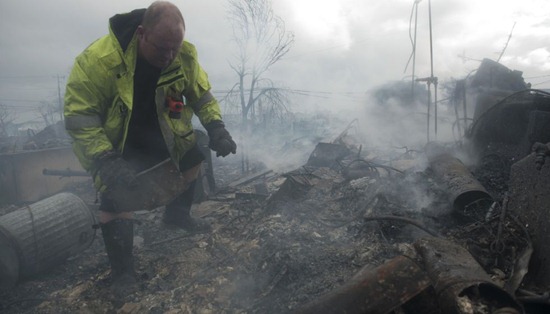 Photo: A firefighter who lived in one of the approximately 100 houses destroyed by a fire that resulted from Hurricane Sandy, searches for his wifes wedding ring, in the Breezy Point section of Queens, Tuesday, October 30, 2012. (Charles Eckert/ Weather.com) 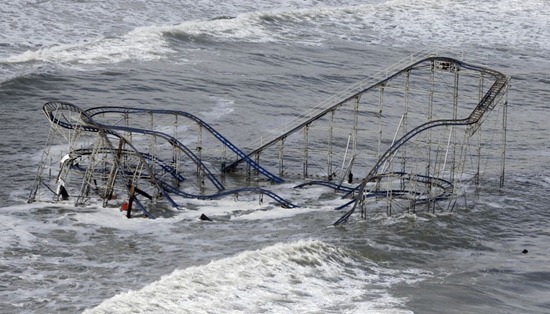 Photo: Waves wash over a roller coaster from a Seaside Heights, N.J. amusement park that fell in the Atlantic Ocean during superstorm Sandy on Wednesday, Oct. 31, 2012. (AP Photo/Mike Groll) 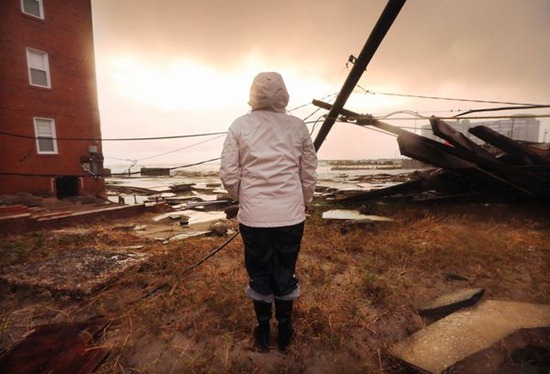 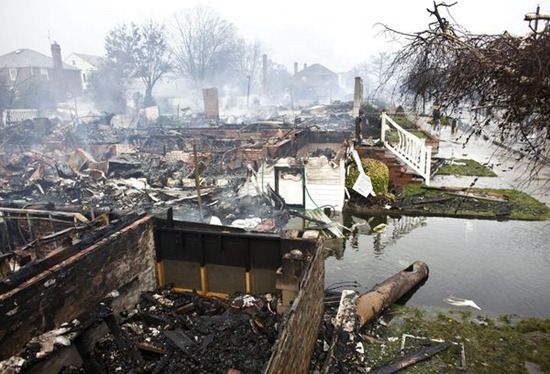 Photo: "We saw the glow and we couldn’t do a thing," deputy fire chief Lou Satriano told the Wall Street Journal's Metropolis blog. Satriano added that roads were also swamped and the burning homes themselves were standing in several feet of water—all of which gave the blaze time to spread. "It was a domino effect. Houses just caught and caught and caught fire." 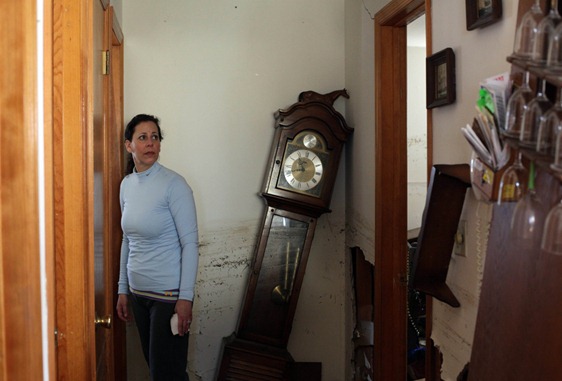 A woman sifts through her mother's damaged home for items to save in Breezy Point, Queens. 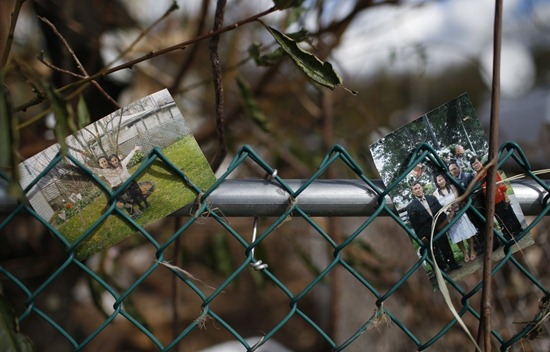 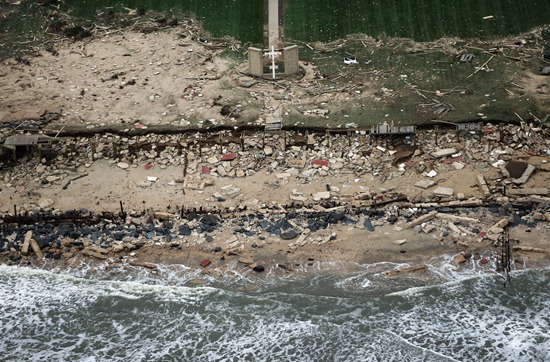 A church cross stands amid wreckage on the coast of Long Branch, New Jersey. 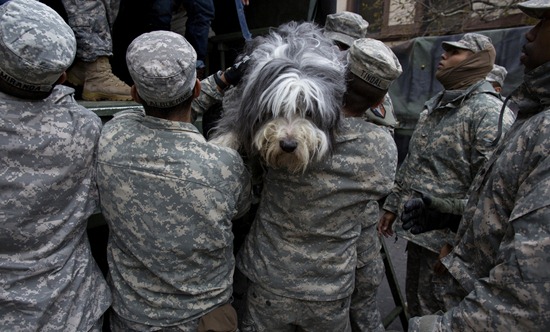 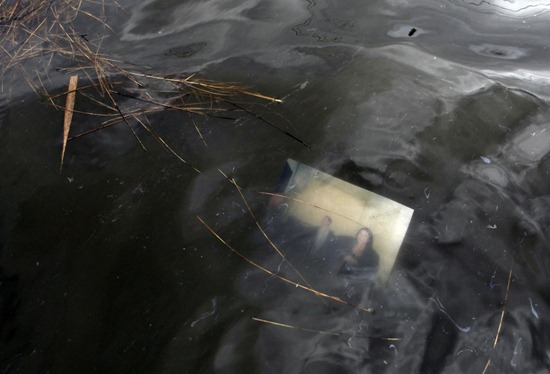 A photograph floats just below the surface of a flooded street in Massapequa, New York. 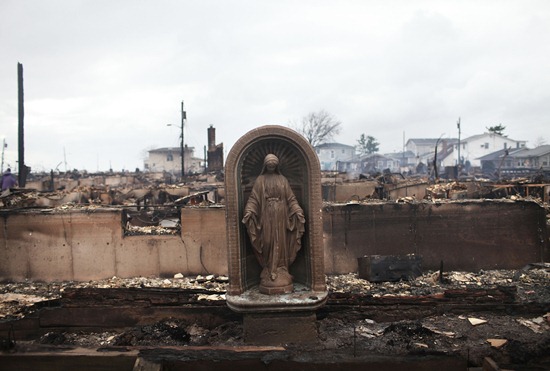 A Virgin Mary is all that remains from a home that was destroyed in Breezy Point, Queens. 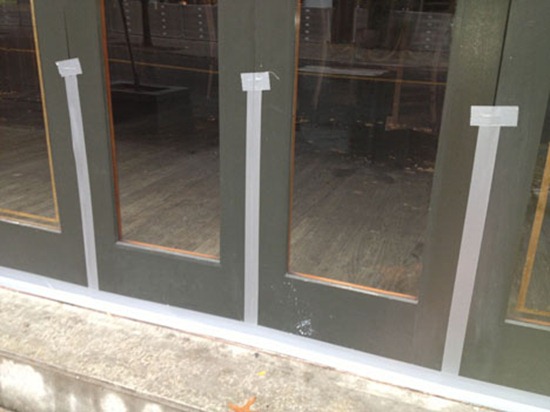 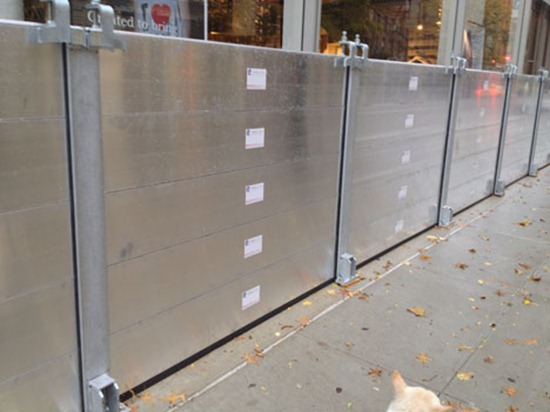 Want to know the real way to defend yourself against floods? Read the Army Corps of Engineers flood fight handbook. 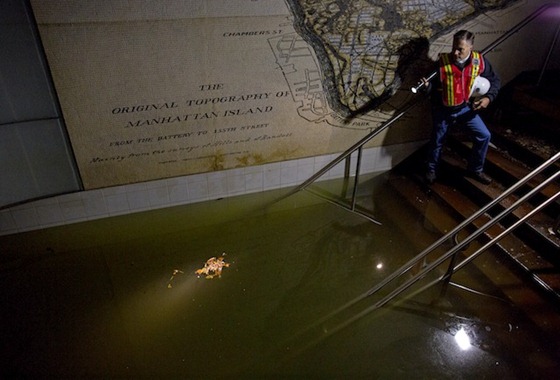 Finally, there’s a chronicle of someone’s experience during the days of the flood:

About half an hour later, with the wind and the rain beating against the windows, the lights go out. Via phone message, word comes of an explosion down by 14th Street. A transformer has blown as floodwaters from the East River sweep into Manhattan….

After dark on Tuesday, there are two New Yorks: the one with power and the one without any power or mobile phone signal and, in parts, without water….

Uptown, the world suddenly comes back to life. It's as if nothing has ever happened. The storm debris has been cleared away; shops are open; restaurants are serving hot food.

Posted by Thomas Pagano at 7:48 AM
Email ThisBlogThis!Share to TwitterShare to FacebookShare to Pinterest