After the Storm (Hurricane Sandy)

The Daily Mail has four giant stories with lots of photos and videos. They will keep you reading for an hour. They cover

1. The misery of living without power 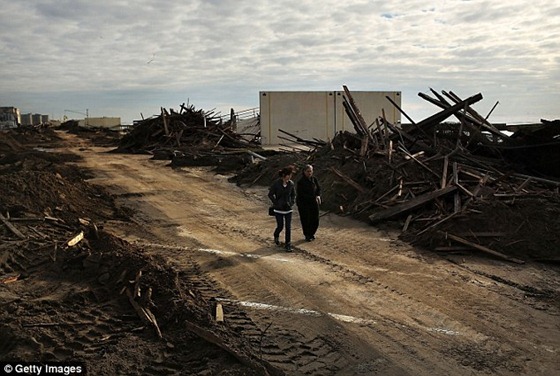 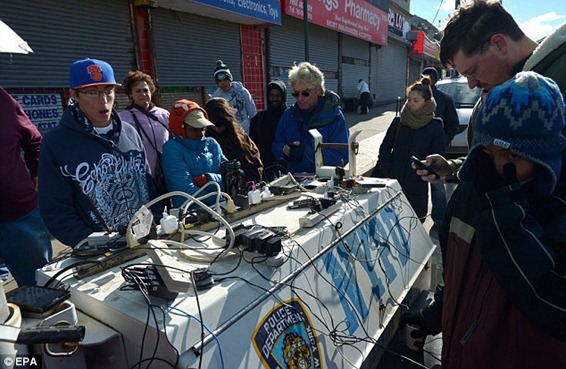 Police provided cellphone charging stations. I’ve been at some airport power points that look like this.

2. The ecstasy of having your power turned back on 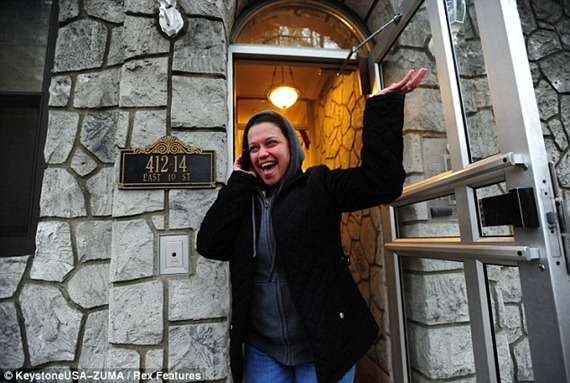 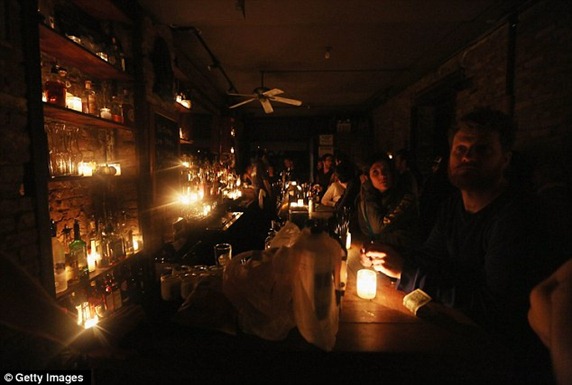 3. The next storm that’s approaching the area and the damage done to the shore 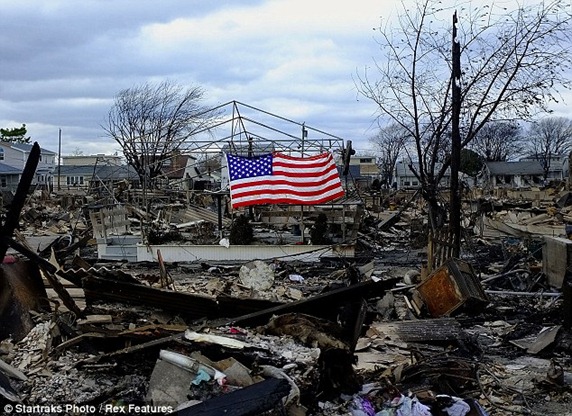 4. The struggle to get gasoline 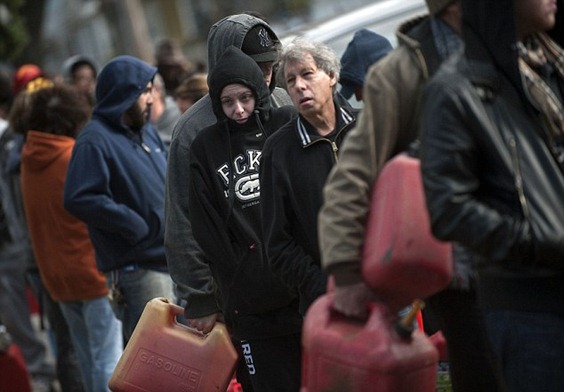 There are frenzies over supplies of gasoline which at one point were declared free (10 gallons per customer, 11,000 gallons total). It was later clarified that emergency services/first responders (even off duty) would have first priority. 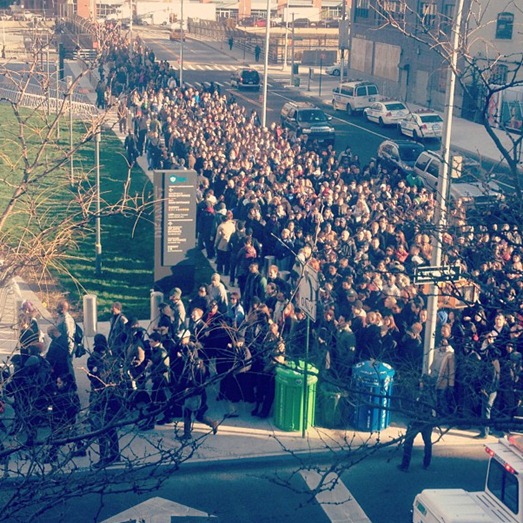 Now there are long lines for transport into Manhattan

John Paxton, a lifelong resident of Atlantic City, said: "This is the first time I have been down to see it. It is devastating, it looks like a bombed-out area. It is the first time I've seen mass destruction like this." Like many, the 75-year-old ignored evacuation warnings. He showed us how three feet of flood water had even left the food drawers in the bottom of his fridge filled with foul water. His home of 57 years is now caked in mud and sludge. He said: "When I saw the road outside had become a river, there was nothing else to do. I went to bed."

Opened fire hydrants became community wells. Sleep-and-wake cycles were timed to sunsets and sunrises. People huddled for warmth around lighted gas stoves as if they were roaring fires. Darkness became menacing, a thing to be feared….

A few residents shrugged off the hardship, acknowledging that they had been told to evacuate and now were paying the price. “It’s just an inconvenience. Half the world does not have electricity,” said Ralph Lopez, 73… “I grew up in a cold-water flat with no heat at all. And this is just for a week. So boohoo.”"

From a gallery of children after the storm at Buzzfeed 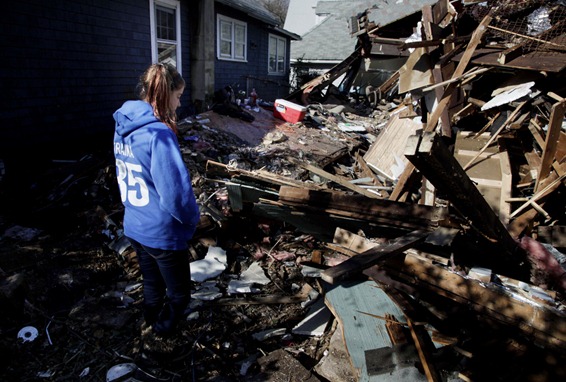 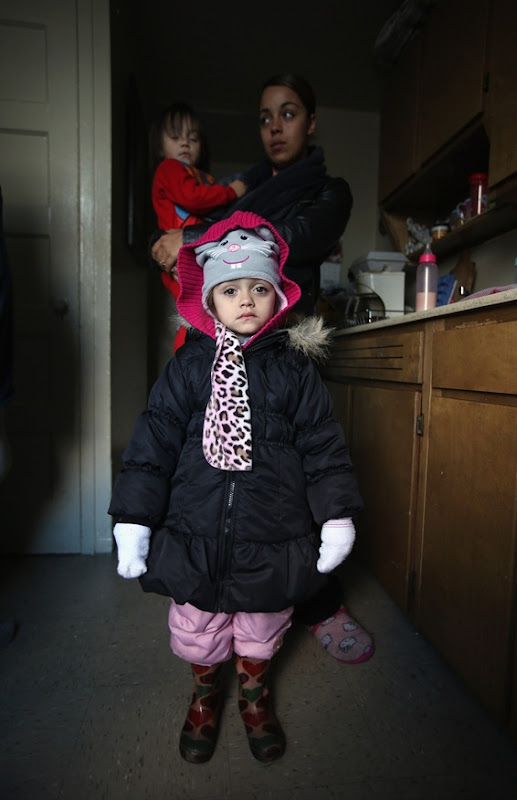 “At her family's 6th floor apartment in the Red Hook housing project on November 3, 2012 in the Brooklyn borough of New York City.”

Posted by Thomas Pagano at 1:42 PM
Email ThisBlogThis!Share to TwitterShare to FacebookShare to Pinterest