FEWS in the news (Indonesia)

The most widely read post on this blog is a photo essay of one of the dirtiest spots on the dirtiest rivers in the world, the Citarum River upstream of Jakarta. I also interviewed a few of the people who live along the river and those who are involved with monitoring floods before they reach the city and managing the dams upstream. 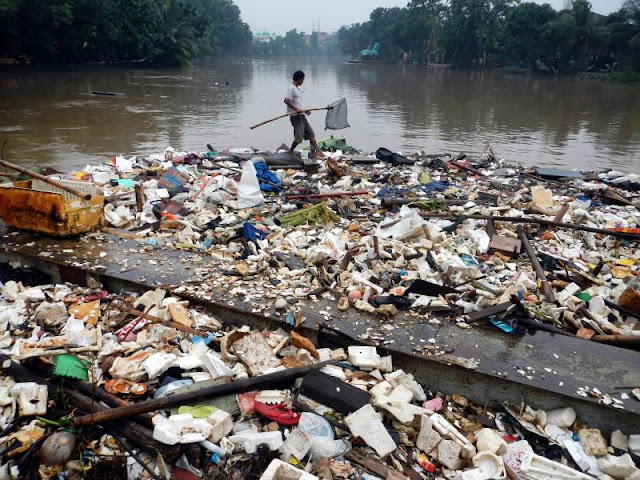 At the time, two years ago, there was effectively no official quantitative flood forecasting system for Jakarta, which is incredible for a city of ten million people. That has recently changed.

Dramatic video of water flooding into a basement earlier this year.

In January a major flood inundated large parts of the city, including unprecedented flooding of the central business district. It put a new forecasting system to the test. 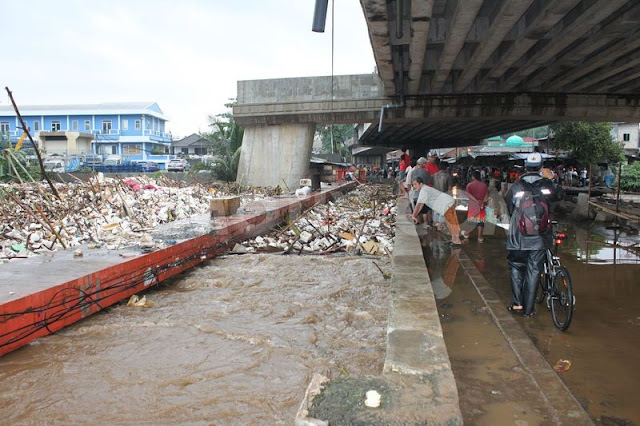 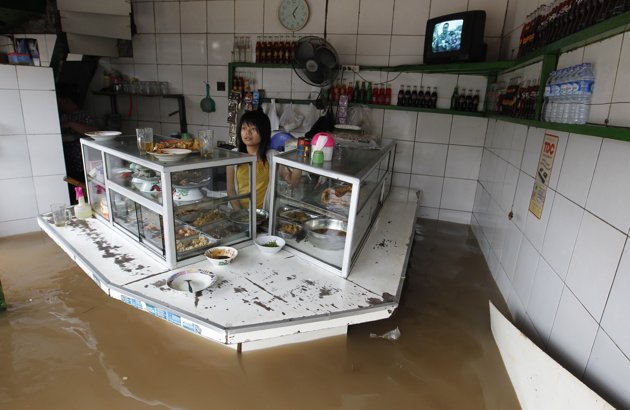 Original caption: A woman stands in her food stall in the flooded business area in Jakarta January 17, 2013. Heavy monsoonal rains triggered severe flooding in large swathes of the Indonesian capital Jakarta on Thursday, with many government offices and businesses forced to closed because staff could not get to work. Weather officials warned the rains could get worse over the next few days and media reports said that thousands of people in Jakarta and its satellite cities had been forced to leave their homes because of the torrential downpours this week. REUTERS/Enny Nuraheni


From a dutch water sector news site article: "The Flood Management Information System (FMIS) that had been installed by HKV Consultants and research institute Deltares late 2012 was put to the test. The system is operated by the DKI Jakarta Public Works and connected the city’s telemetry to a flood forecasting model. The flood information is disseminated to disaster organizations. The implementation of the FMIS-system is part of a World bank flood mitigation project. The first phase was completed in December 2012." 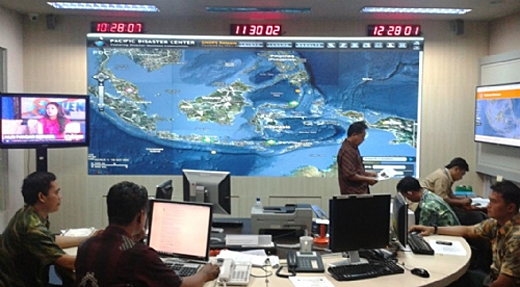 The article also includes photos of the disaster control room. 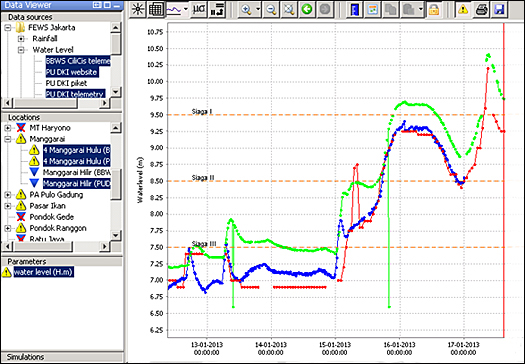 Most remarkably, it has a screen shot of the river forecasting software.

This is quite possibly the first time that I have ever seen a time series chart of river flows and forecasts in a news article. This is also the unmistakable interface of Deltares' Delft-FEWS (Flood Early Warning System) software used operationally in the US, UK and almost 20 other countries.

Today is actually the last day of a two week workshop to finalize the specifications for delivering a Delft-FEWS system to the Bureau of Meteorology in Australia. For the interested, I asked a Deltares representative what hydrologic model was being used in Jakarta and he replied the Sacramento model, the same as is used at the US National Weather Service.

Better monitoring and forecasting are part of a broader flood prevention program in Jakarta. It also includes large infrastructure projects such as canals but also "soft" solutions such as improved management of garbage.

Of course, Google also got in the action launching its own crisis response website for the January floods. There are also various reports from relief agencies about impacts from the flood here here and here.

Already the system is being tested again with another series of floods this week. Already 16,000 people have been affected by the March flooding (compared with 250,000 in January) although the management options are more limited because the reservoirs are now fuller than they were in January. 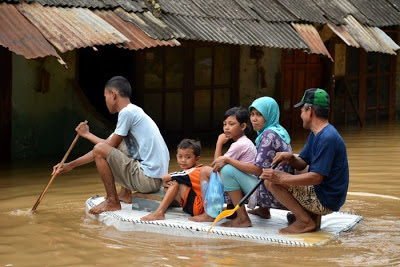 Posted by Thomas Pagano at 8:12 PM
Email ThisBlogThis!Share to TwitterShare to FacebookShare to Pinterest